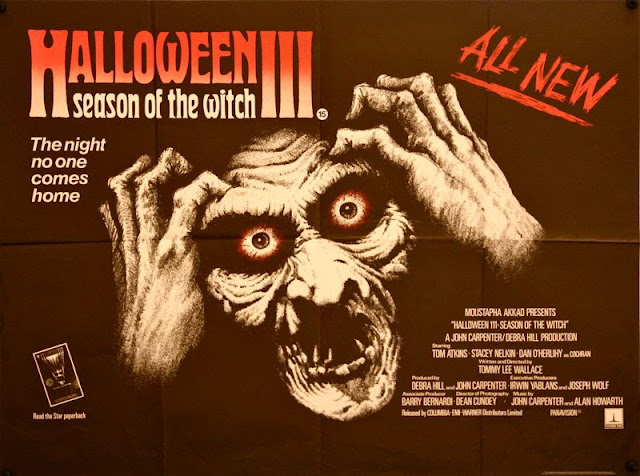 There are some years that I get absolutely burnt out by the end of October, 2017 was one such season. Even with that in mind, I still had a blast handing out candy... even if my costume consisted only of a Minnesota Wild hockey jersey. 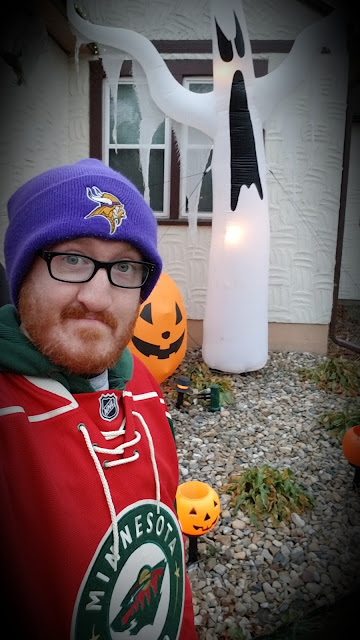 I should have gone for it and wore a "Friday the 13th" hockey mask with my jersey. Doh! I'm going to spend the rest of my evening watching the last half of Stranger Things and squeezing the maximum amount of fun from Octobers Rotting Corpse.

Tomorrow we make the switch to Santa. Let's enjoy the last breath of Halloween as best we can! Thanks for sticking around through the slow times, enjoy the rest of the evening and have a Happy Halloween!
- October 31, 2017 No comments:
Email ThisBlogThis!Share to TwitterShare to FacebookShare to Pinterest
Labels: Halloween

Confession: I've just not been feeling very Halloween-ish this season. It's 100% on me. I can recognize from afar that this year has been a pretty solid one. Filled with some great seasonal releases, fun horror movies... all culminating with the release Season 2 of Stranger Things over on Netflix.

I feel like the 2017 Halloween Season is going to be fondly remembered by many folks.

So don't let my seasonal fatigue ruin it for you, I've just hit my fill of plastic pumpkin pails and Count Chocula a little bit sooner than I usually do. On the flip side, it's almost November 1st and I am super excited for the Christmas Season!

It snowed yesterday. Nothing significant but good grief Charlie Brown, it was like snorting a line of cranberries and peppermint. It feels so much like the holidays already!

I dunno, it might just be me but doesn't it feel like this coming Christmas Season is going to be one of the biggest we've had in a long time? It's something in the air, you can almost feel it. Folks, I think something special is brewing for Christmastime.

Behold! I feel like four of the seasons heaviest hitters have already found their way to store shelves. Christmas Crunch is the long-standing returning champion but is now accompanied by Life: Gingerbread Spice, Cinnamon Vanilla Lucky Charms, and Hot Cocoa Cocoa Puffs.

Hallelujah! That's a lot of seasonal breakfast cereal. And we aren't even into November yet.

I will be covering all of these individually over the next few days, my Christmas spirit is far to unseasonably high to pass on this perfectly timed encounter.


Unrelated but I set up my "first" Christmas Tree of the season too.  It's taken a bit but I've finally cleared up enough space in my life to have room for this amazing Charlie Brown Christmas.

This is so perfect. It really does look like a blend of both seasons.

Check back in the next few days as I start to roll out some more holiday themed articles!
- October 29, 2017 No comments:
Email ThisBlogThis!Share to TwitterShare to FacebookShare to Pinterest
Labels: Christmas, Food & Snacks, Halloween
Newer Posts Older Posts Home
Subscribe to: Posts (Atom)